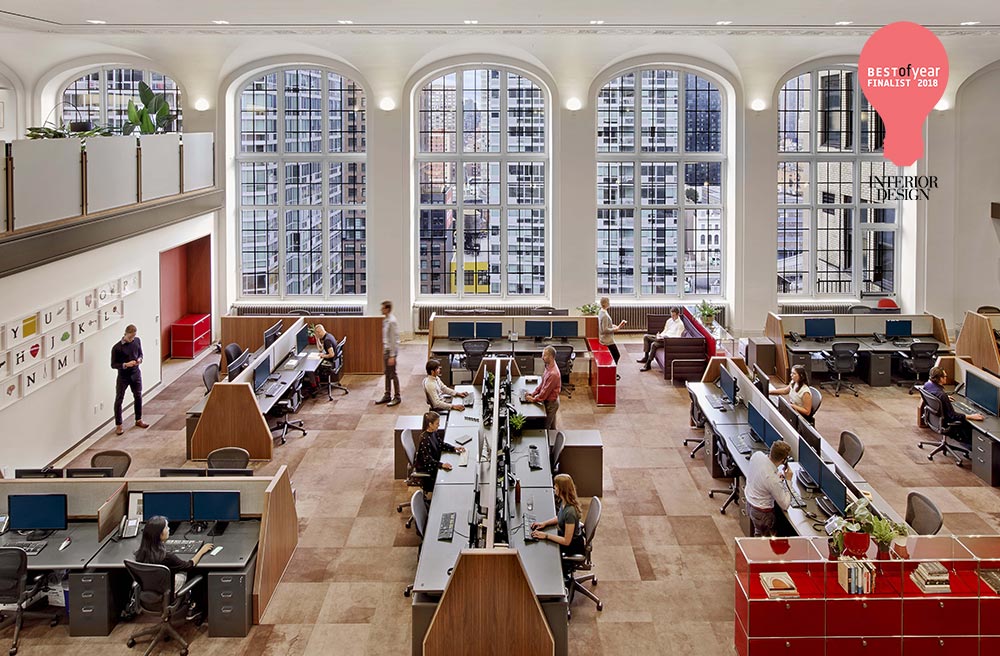 The new workspace is designed for openness and access for all to the natural light and views. To achieve the open character, a sensitive restoration was performed to remove previous add-ons to the historic mezzanine as well as other partitions and infilled floor areas. 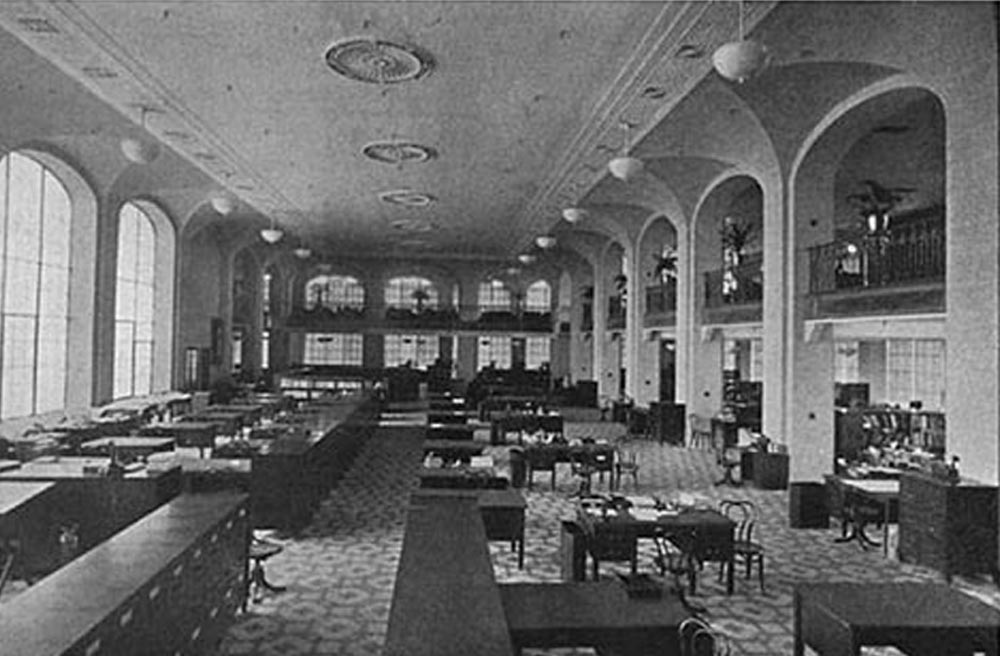 Our goal was to restore the majesty of the impressive space designed a century ago by architects Goldwin, Starrett and Van Vleck [above]. 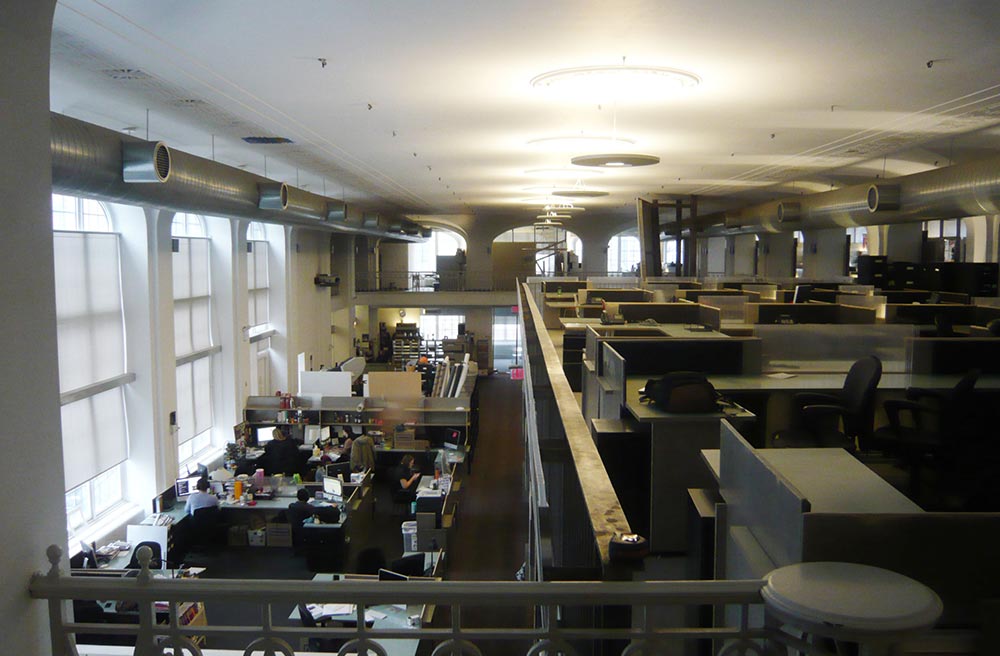 The space had over the years become dark and introspective, and the original proportions had been gradually erased. [Previous space above.] The historic mezzanine had been extended above the central work area to create more usable floor space which blocked views and light. 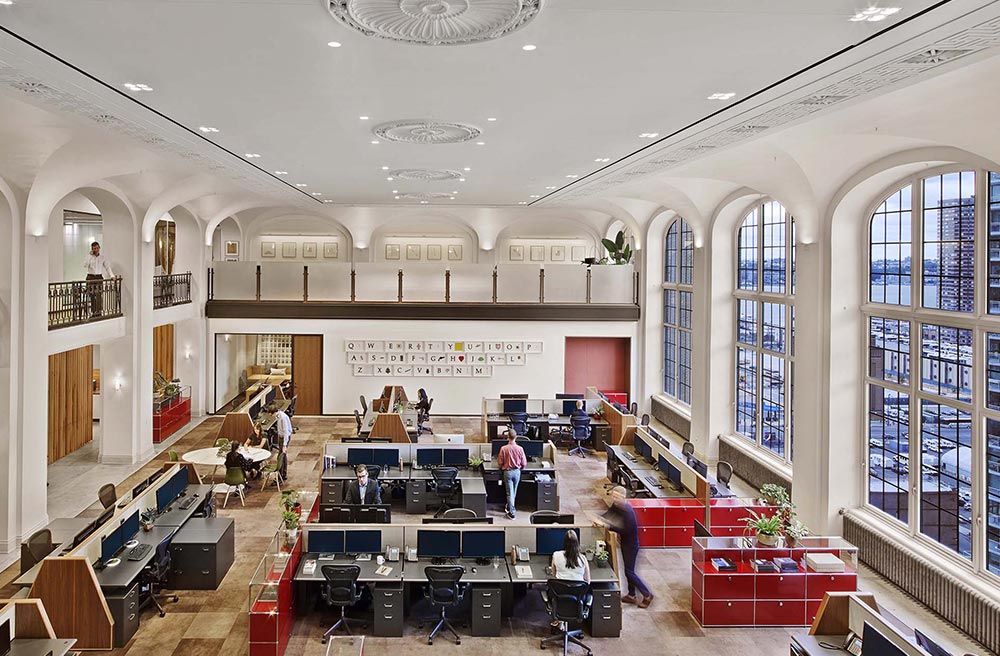 The design revives the original central workhall character and places workstations at the heart of the double-height space while perimeter areas are dedicated for collective use. 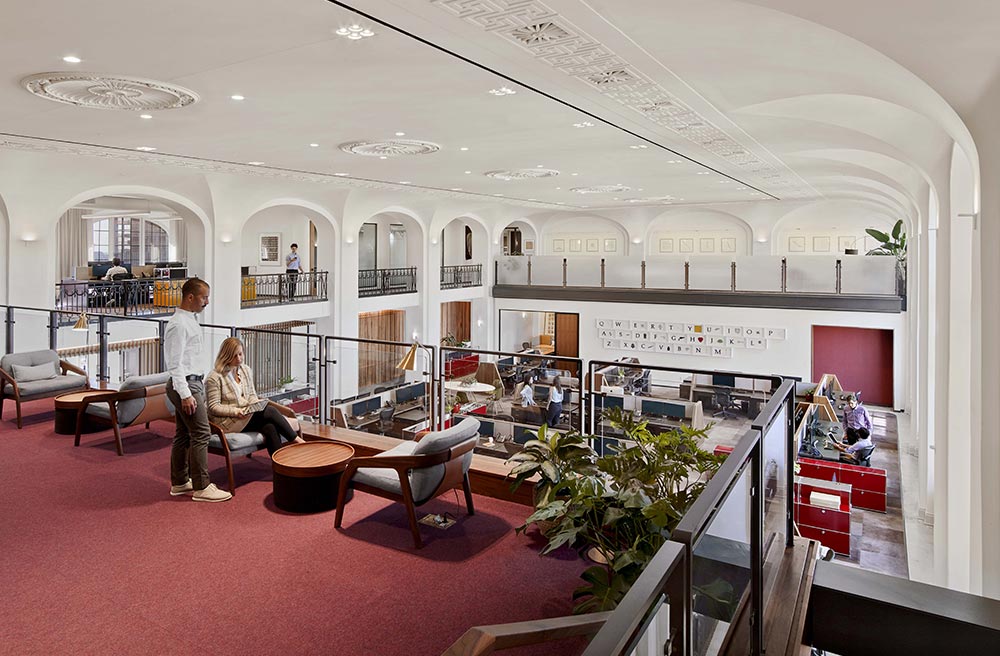 When restoring the space back to its original open character, a critical challenge was to maintain the architectural square footage. The solution extends the historic mezzanine and adds a floating bridge. The result establishes connectivity horizontally and vertically, opens up views, and allows daylight to penetrate deeply into the space.

The mezzanine and bridge additions were conceived to not infringe on the historic fabric but still read as clearly contemporary. The bridge platform was placed two steps below the mezzanine so that it hovers between the original levels. The library’s frosted glass railing is suspended between painted-steel posts.

Go to the project page here.